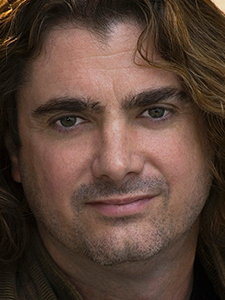 Dr. Harry Kloor is a successful serial entrepreneur, scientist, technologist, educator, policy advisor, author, and Hollywood filmmaker. He is the CEO and Co-Founder of Beyond Imagination, a cutting-edge company building humanoid general-purpose robotic humanoids. Forty years ago, Dr. Kloor conceived the idea of Robotic Avatars, at that time, a host of exponential technologies (Robotics, machine learning, Artificial Intelligence, Haptics, MR/VR, wireless communications, motion capture, IoT, etc.) were in their infancy. Knowing the nature of Exponential Growth, he spent the next forty years building the expertise, relationships, networks, and experience in all areas of exponential technology.

Dr. Kloor is also a professional filmmaker, with over 25 years of experience working in Hollywood. He has produced, written, and directed science fiction films and television series in Hollywood, starting with Star Trek: Voyager and the series he helped create, Earth: Final Conflict. In 2007-2009, Dr. Kloor helped create Taiwan’s animation industry by bringing his NASA/JPL Quantum Quest (QQ) film production to Taiwan. This marked the first big animation film ever animated in Taiwan. This film was designed to educate and inspire kids about the Cassini-Huygens space mission and science in general. This is the only film that Neil Armstrong participated in his life. Dr. Kloor co-created, produced, and wrote on the series Earth: Final Conflict for Tribune/Alliance. He is currently developing a range of science fiction TV and film projects for Hideaway films.

Dr. Kloor has worked with a large number of scientific organizations, universities, and companies to advance exponential technologies ranging from robotics, holographic capture, virtual and augmented reality, artificial intelligence, deep machine learning, sensor networks, IoT, volumetric capture, haptics, holography, etc. Dr. Kloor recently exited from Stem CC, a company he co-founded. For over 33 years, he has worked with Dr. Peter Diamandis, since the first class of the International Space University in 1988. Dr. Kloor was one of the five founding team members of XPRIZE. He was on the founding team of Singularity University and served as CSO of the first XPRIZE. Dr. Kloor co-founded Rocket Racing League with Peter Diamandis and Bob Hariri while running the company of Jupiter 9 Productions for over 30 years. In 2016 Dr. Kloor returned to XPRIZE as a Bold Innovator where he created, developed, and raised the funds for the 10 million-dollar ANA Avatar XPRIZE. In 2019, based on this work, the Word Economic Forum named Robotic Avatars as one of the top ten emerging technologies, in the same year Dr. Kloor chaired the Robotic sessions at AI for Good UN hosted conference in Geneva. 2020 WEF invited Dr. Kloor to speak on the economic impact Robotic Avatars will have in the coming decade.

Before Beyond Imagination, Dr. Kloor was the founder of StemCC – a stem cell company that was sold in 2018 to Celularity, one of the world’s most cutting edge clinical-stage cell therapeutics company (founded by Peter Diamandis and Bob Harari). To date, he continues to provide consulting services to Bob Harari and Celularity to help advance the messaging of their research and treatments. Dr. Kloor also sits on the board of Brain Mapping and Therapeutics Society and serves as their Chief Scientific Advisor and Educational Outreach Coordinator.

Dr. Kloor has received numerous awards, most recently The Golden Axon Award from the Society for Brain Mapping & Therapeutics (2019); most notable from the past, his ABC World News: Person of the Week honor in 1994. He worked as an advisor for NASA, US SENATE, JPL, and numerous other science organizations. According to the US Council of Graduate Schools, Dr. Kloor is the only person in world history to earn two Ph.D.s simultaneously. His degrees are in Physics and Chemistry and were earned in 1994 from Purdue University.